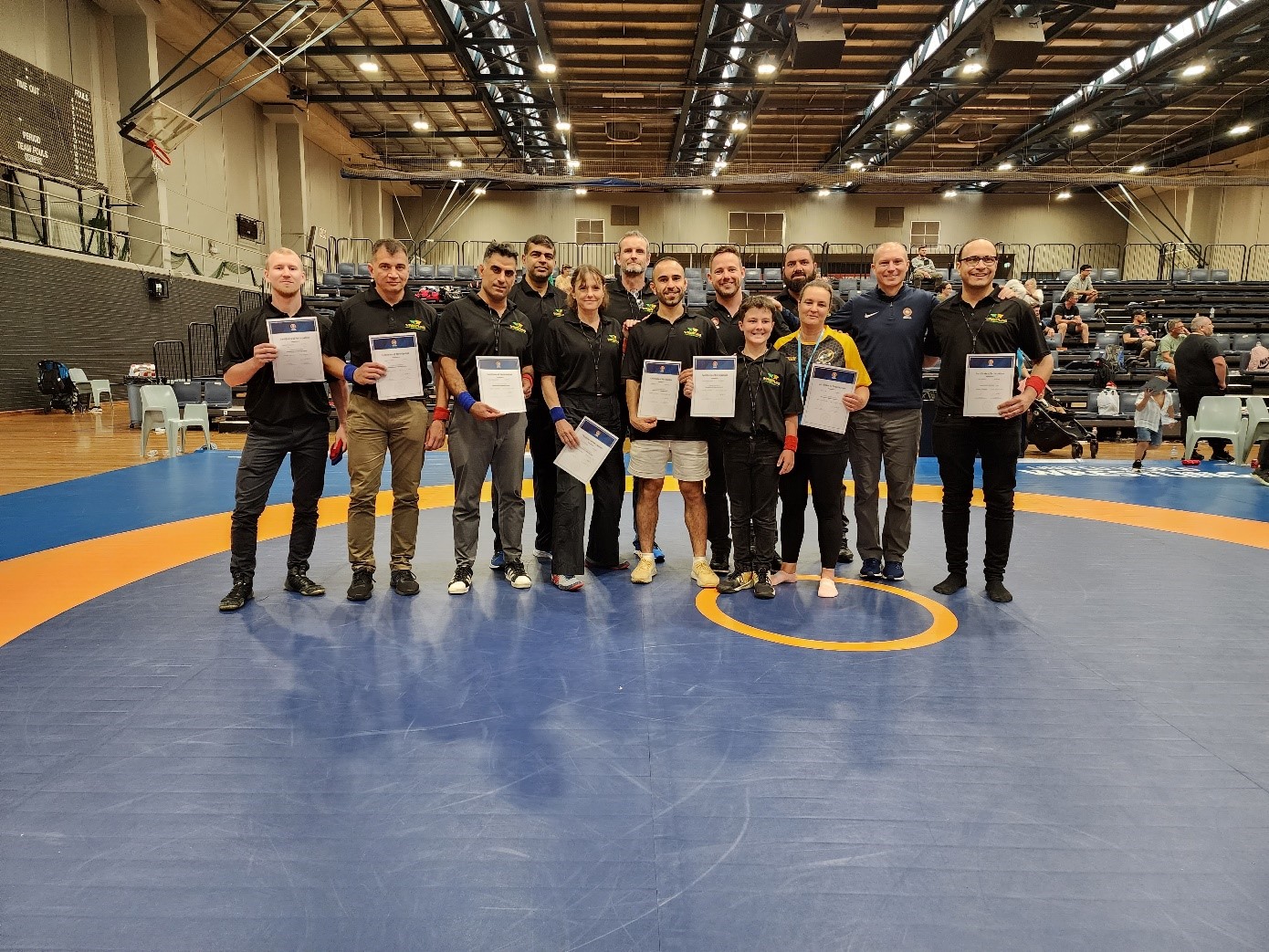 SYDNEY, Australia (October 25) – Wrestling Australia and Combat Australia organized an Education Week prior to their Youth Nationals.  During the week, the participants had an opportunity to participate in a Level 1 Coaching Course and the Introduction to Referee Course.  The coaching course was held on 17-19 October and the referee course was on 20-21 October.  On 22 October, Wrestling Australia hosted their Youth National Competition at the Whitlam Leisure Centre.

The Level 1 Coaching Course was conducted by Mr. Zach Errett (USA) – UWW Education Manager.  This course had 11 participants (8 men and 3 women).  The coach participants focused on many topics that would improve their coaching skills.  The areas of emphasis included:  implementing discovery games, identifying key factors in a technique, introducing new skills, improving coaching skills, checking for comprehension, risk management, age group characteristics, athlete safeguarding and anti-doping.  “We all learned a lot in a short period of time – the quality of teaching was great and very professional.” said Aryan Negahdari.  The coaches also participated in practical assessments on many of these areas.  They were asked to demonstrate the coaching skills that they were learning.  They ended the course with a technical session that covered various areas on different wrestling techniques and drills.  “This group of coaches was great!  They were eager to learn and had a great effort each day.  It was great to see them grow as coaches during the course.”  said Zach Errett.

The Introduction to Referee Course was conducted by Mr. Stefan Rudevics (AUS) – UWW Referee Educator.  This course had 14 participants (11 men and 3 women). The referee participants focused on skills that would provide a solid foundation as a referee.  The areas they focused on were evaluation of holds, starting and ending matches, referee mechanics, positioning, safety of the athletes, and controlling the bout.  “”It was fun, and the days went quick. We learnt by doing; pre- and post-course film sessions and putting it all into action on the youth Nationals with close senior referee support. Stefan was supportive, patient and very knowledgeable. He gave us feedback throughout the whole event and discussed multiple sequences of us refereeing on video, both simulated and live.” said Luke Massey.  During their course, they were asked to referee simulated matches.  This allowed them to use the skills that they were learning.  Many of these referees also participated in the Youth Nationals after the course.  “The course is a fantastic starting point for a refereeing journey, especially to complete it with a competition which helped us gain confidence, humility and insights.” Said Jackie Hattingh. During the event, they were evaluated and given feedback during the sessions.  “Throughout the course, the participants were able to build on their knowledge of wrestling and learn how to referee matches. They expanded their knowledge of the rules and understood new and different philosophies of wrestling they had not contemplated before. As an educator, it makes me so proud to see such development of my students. From little to no refereeing knowledge, to confidently and competently calling challenging matches and feeling good about it shows UWW’s development program works.” said Stefan Rudevics.

Wrestling Australia and Combat Australia are actively looking to grow the sport and improve their workforce.  Since they began these referee courses, their national referee enrollment has risen from 7 to 41. This is almost a 500% growth in referees since we started, including 11 female officials.   “We would like to thank Zach Errett, Stefan Rudevics & UWW for the fantastic opportunity they provided our emerging coaches and referees. The training that Zach and Stefan provided throughout the week was of very high value and incredibly important for the growth of our sport here in Australia. The people they trained this week can now go out to practice their new skills and plant the seeds for future.  The feedback we received from all attendees was that they learnt so much and have already started to apply these new skills within days. We look forward to repeating this type of training on a regular basis as it is so important for the growth of our great sport of Wrestling.” said Andrew Kanatli – President of Wrestling Australia. 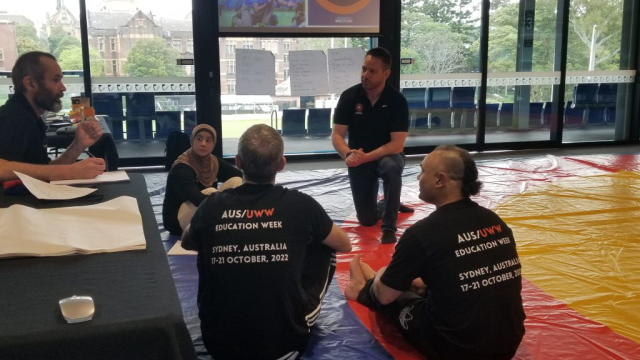 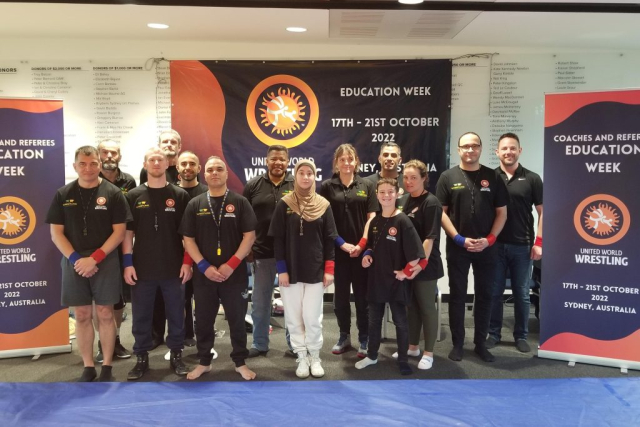 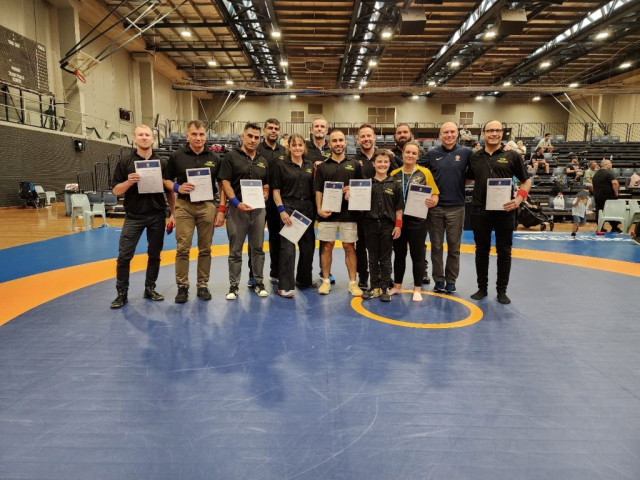