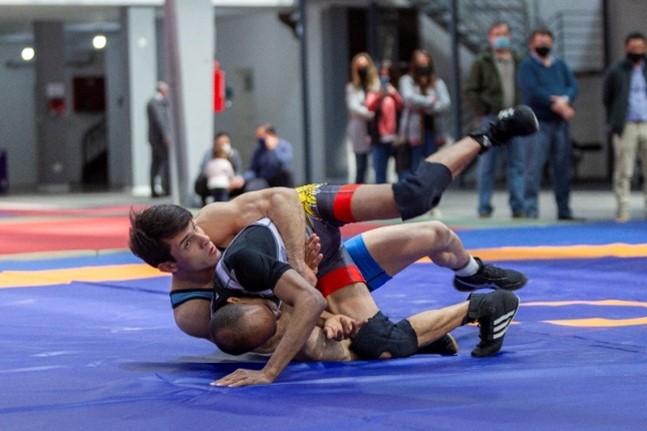 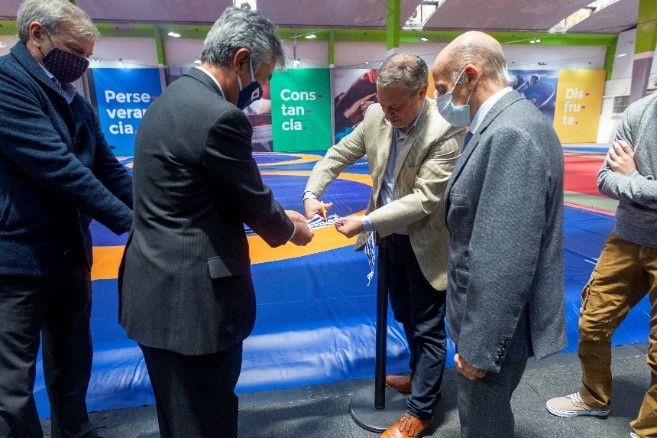 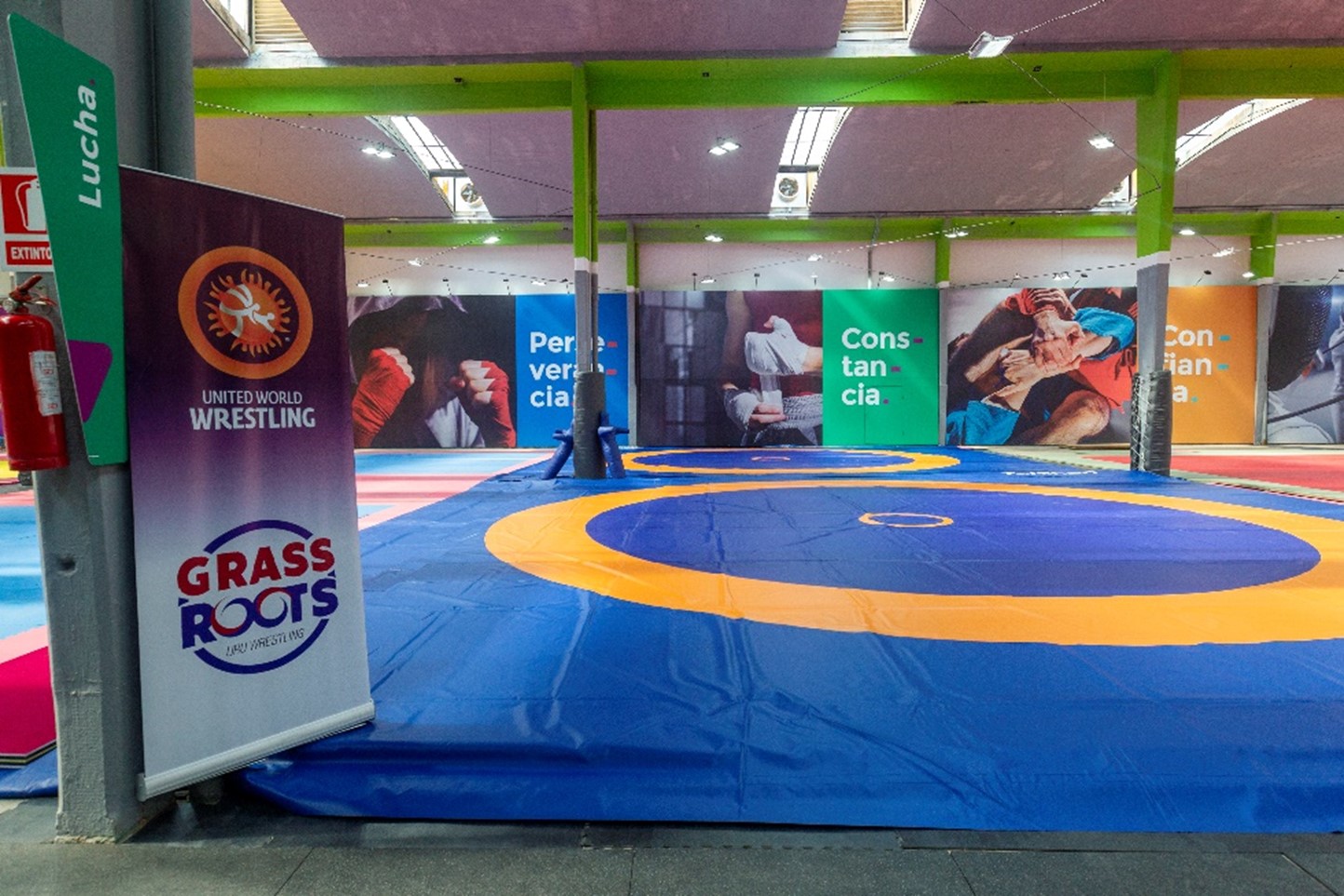 This important ceremony was attended by the highest authorities of the Government of Uruguay and the Chairman of the Uruguayan Olympic Committee. Their presence confirms that the actions carried out by this National Federation, through its President, Mr. Dante Steffano and his team, are supported by the most important institutions of the country.

UWW Américas President, Mr. Francisco Lee, UWW Development Director, Mrs. Deqa Niamkey, and UWW Sports and Development Officer, Mr. Yuri Maier, and virtually participated in this celebration, sending a message of good wishes for the work that is being done in URUGUAY.

With this sports equipment, URUGUAY is in a position to start executing another phase of its strategic plan, where training for coaches, training for the national teams, working with young people with potential for this discipline, as well as multiplying sports initiation schools in different locations of the country will carry out.

This valuable material was installed in the newly created Combat Sports Center located in the city of Montevideo, capital of Uruguay. This Sports Center is run by the Sports National Secretary. The wideness of its dimensions, as well as the quality of the equipment and services it offers, will allow meetings and exchanges with other National Federations of South America that have a higher level of sports development. 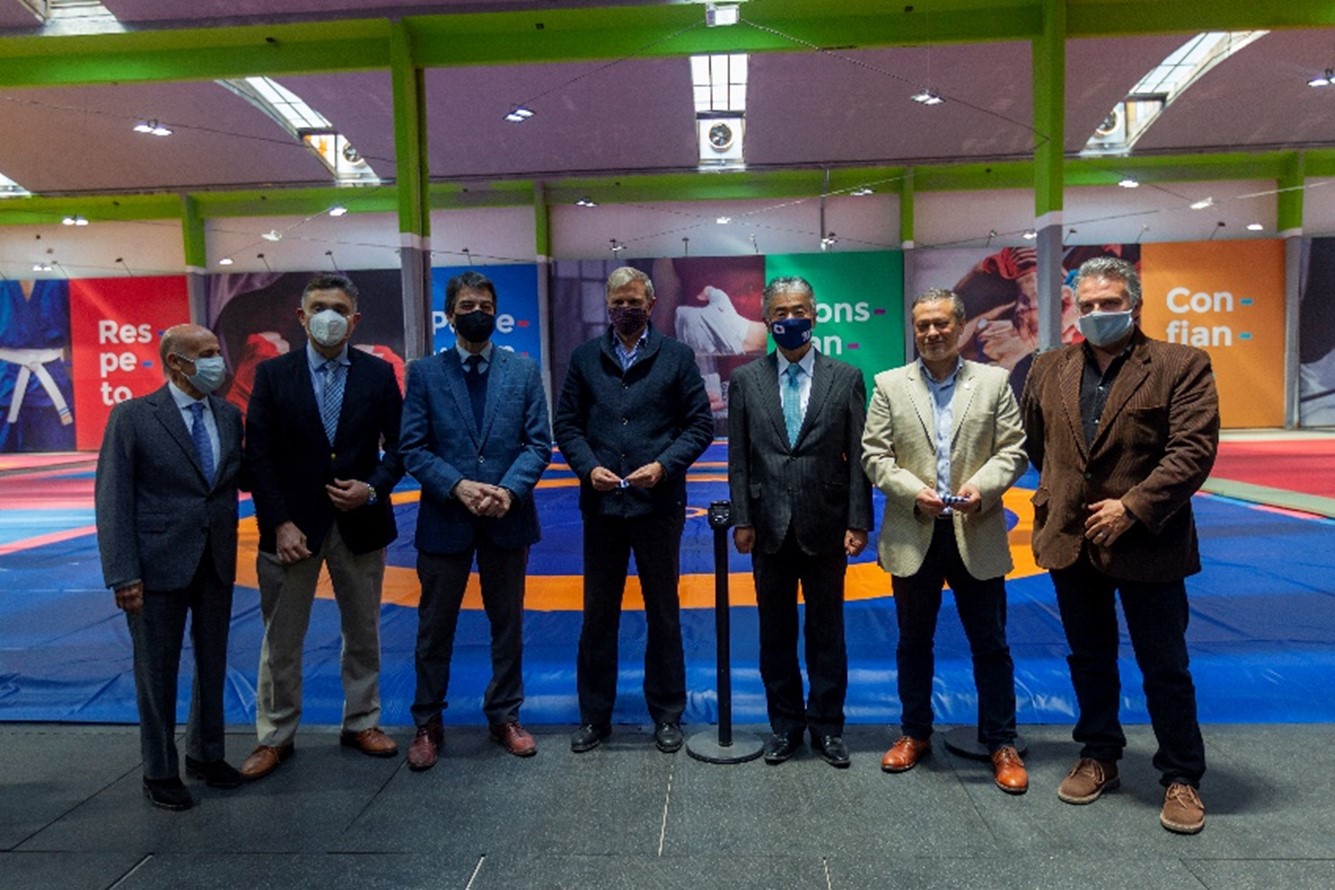 AUTHORITIES WHO ATTENDED THE EVENT