Technical Courses for Coaches and Referees 2022 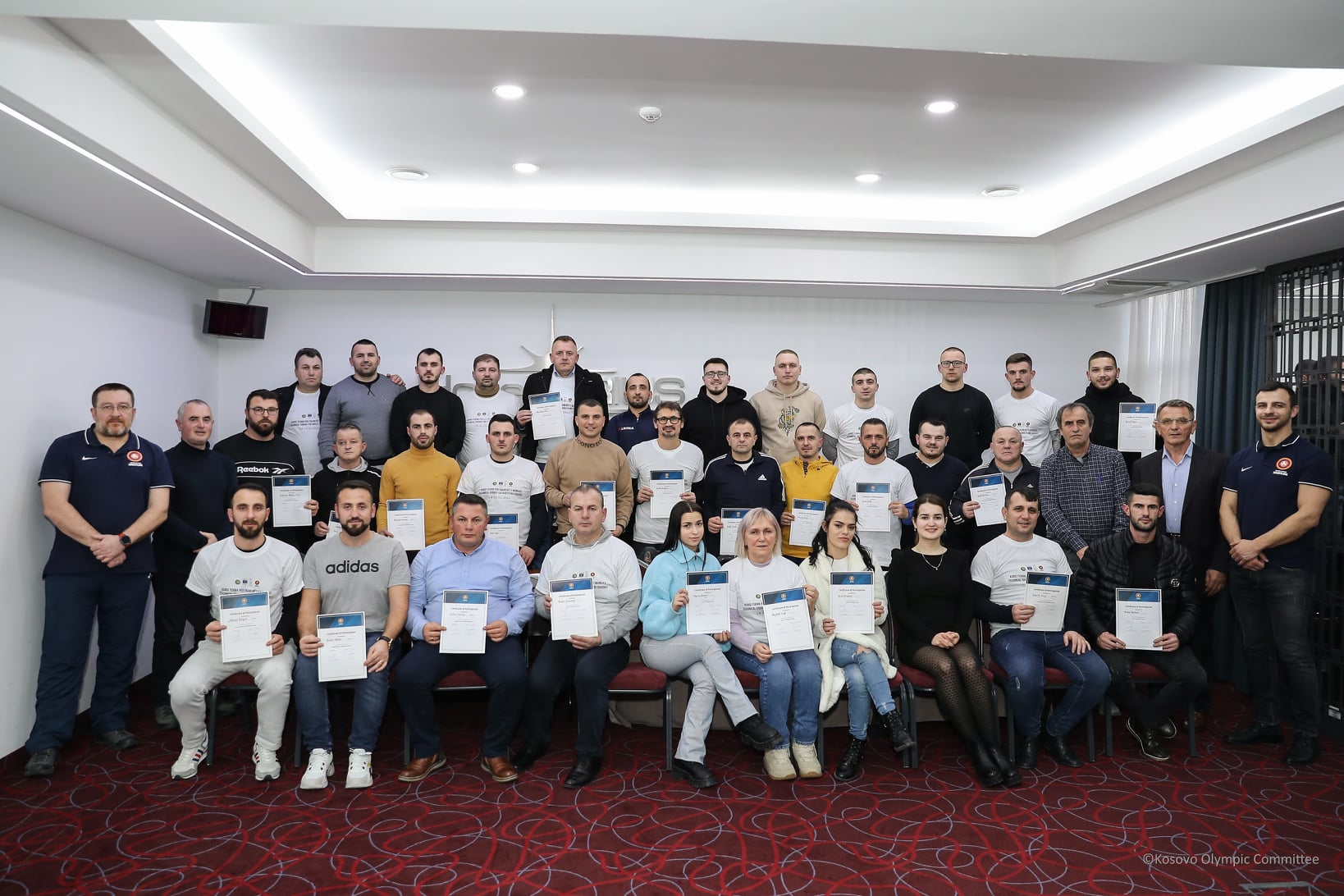 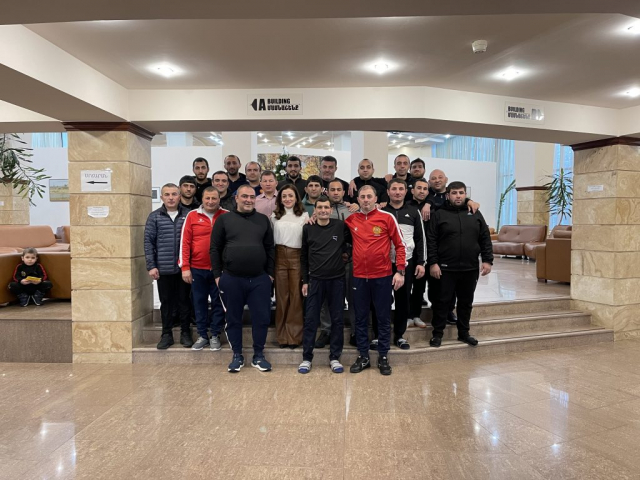 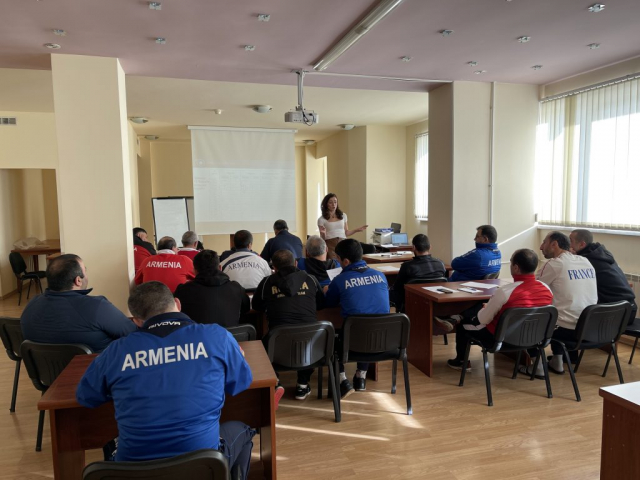 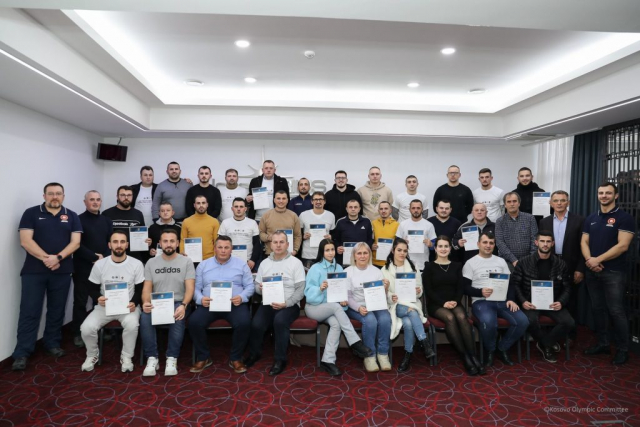 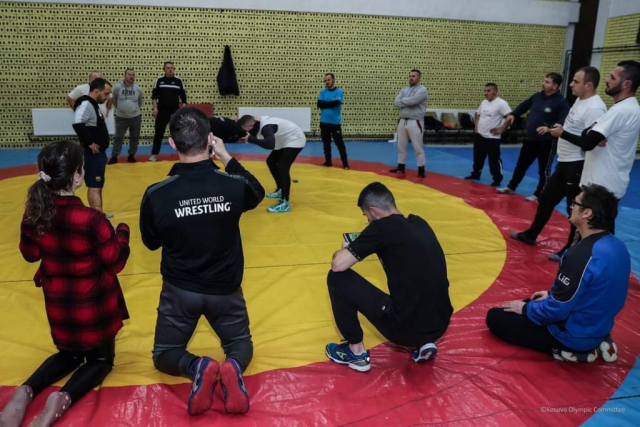 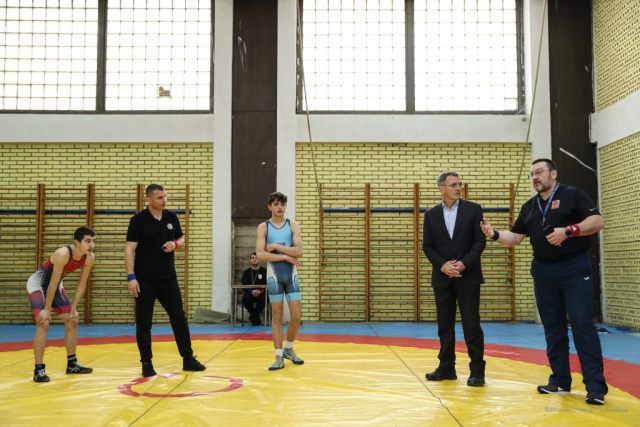 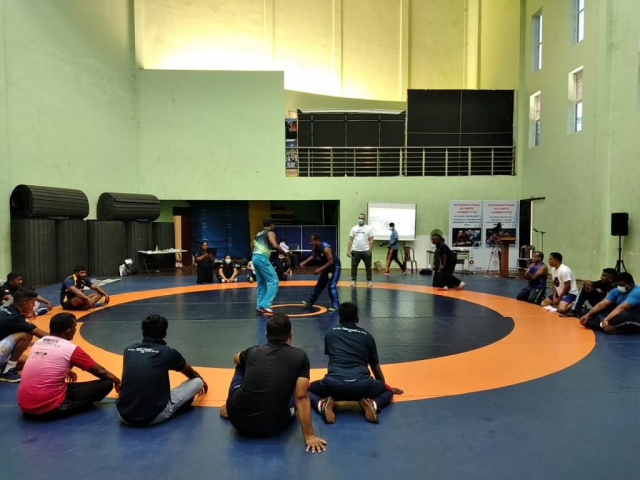 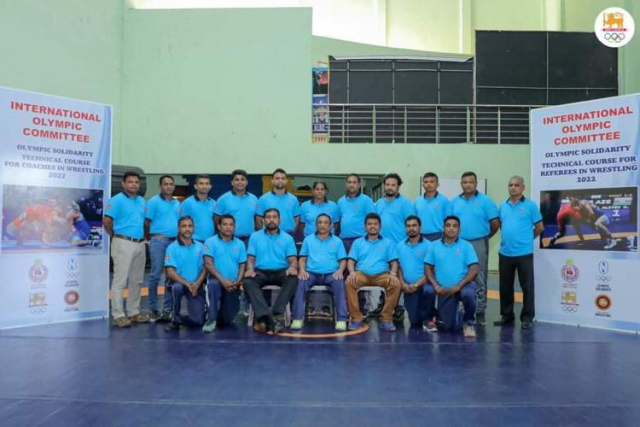 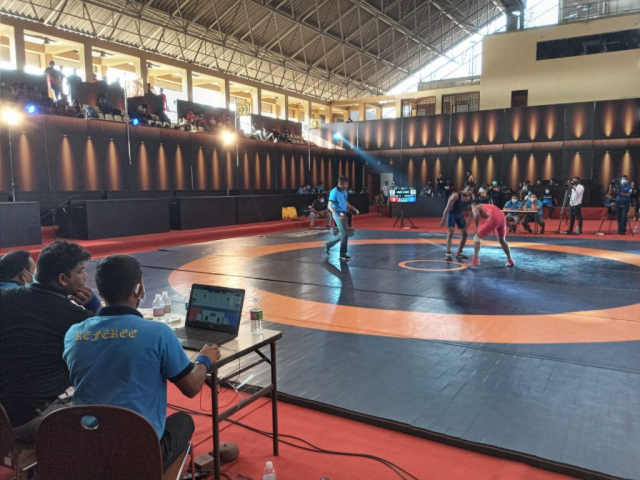 The beginning of 2022 has been busy with 3 National Federations organizing Technical Coaching and Refereeing Courses.  Courses were organized in Armenia, Sri Lanka, and Kosovo. The goal of each course was to help develop their coaches and establish a good foundation for their referees.  Participants worked with the assigned UWW educators to improve their knowledge and practical skills in their respective roles.  The courses also provide joint sessions where coaches and referees would work together.  Each of these courses were conducted in conjunction with Olympic Solidarity.

The Armenia NF and NOC hosted the first courses of 2022.  The courses were conducted at the Olympic Center Tsagkhadzor from 10-17 January.  During the 8 days, two courses were conducted.  The first course was Introduction to Refereeing which was led by Mrs. Noravard Arustamian (RUS).  This course had 20 participants and focused on the fundamentals of refereeing. The second course was the Coach Level 1 Course (Introduction to Coaching and Safety).  This course had 27 participants and was led by Mr. Aleksei Bazulin (RUS).  During the course, the participants learned how to implement games that teach wrestling, identifying key factors and the methodology of teaching technical actions.  The coach participants also had a chance to learn and work with referees.  “All the coaches tried themselves as a mat chairman, referee and judge in determining the first and second passivity in freestyle wrestling. It didn’t turn out to be an easy task for coaches, but very important in understanding and interaction between coaches and referees.” said Aleksei Bazulin.  The courses were also conducted during the national training camp.  The coaches and referees had a chance to interact and work with the national team.

The Kosovo NF and NOC hosted two technical courses from 19-23 January.  The first course was the Coach Level 1 Course (Introduction to Coaching and Safety) and was 5 days in length.  This course had 18 participants which was led by Mr. Georgi Sredkov (BUL).  This course focused on the fundamentals of coaching and allowed the participants to directly practice the skills that they learned.  The second course was Introduction to Refereeing and was 3 days in length.  This course had 15 participants and was led by Mr. Davor Petanjek (CRO).  The participants completed all of the theoretical modules and had 3 practical sessions.  “I was glad that I got the opportunity from the UWW Development department to go to Kosovo as an UWW Educator and to deliver a Level 1 referee course to the members of Kosovo Wrestling Federation. Participants showed a great interest and enthusiasm in learning themes related to refereeing and it was a joy transferring some of my knowledge and experience to them and watching them evolve on a daily basis.  Being able to help set foundations for development of future wrestling referees, some of them hopefully soon capable even for international level, fills me with a sense of joy and satisfaction. ” said Mr. Petanjek

With both courses being conducted at the same time, this allowed for the coaches and referees to work together.  During the course, two joint sessions were conducted that focused on basic scoring, out of bounds situations, risk situations, and attack vs counterattack situations. “Coaches and Referees together!  This is the future to improve wrestling.”  Said Mr. Sredkov.

The Sri Lanka NF and NOC hosted two technical courses from 17-22 January.  They began the week with the Coach Level 1 Course on the Introduction to Coaching and Safety.  This course had 22 participants and was led by UWW Educator Mr. Mohammed Abdelfattah (USA).  The course was the first UWW coaching course in Sri Lanka and it focused on the fundamentals of coaching through group discussions, on the mat activities and active coaching practicals.  The participants were engaged throughout the course and enjoyed how the course was interactive.  During the week, there was a referee module for their national referees.  This course was the Introduction to Refereeing which had 20 participants and was led by UWW Educator Mr. Ashok Kumar (IND).  Due to an unfortunate quarantine, this course was conducted virtually.  While they were not able to participate directly with Mr. Kumar, they were still provided with outstanding theoretical information on the fundamentals of refereeing.

The Sri Lanka NF also held a national competition on 22 March.  This allowed the participants to put into practical use the skills that they learned during the course.  This was a good way to finish a great week of education.