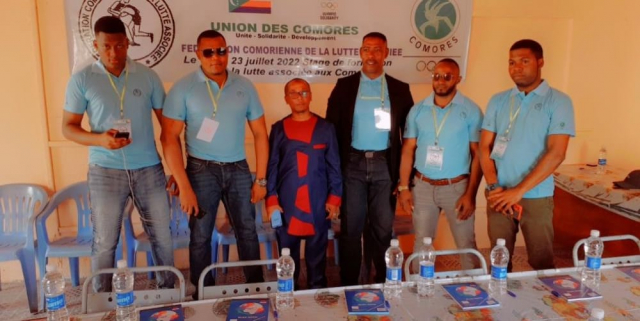 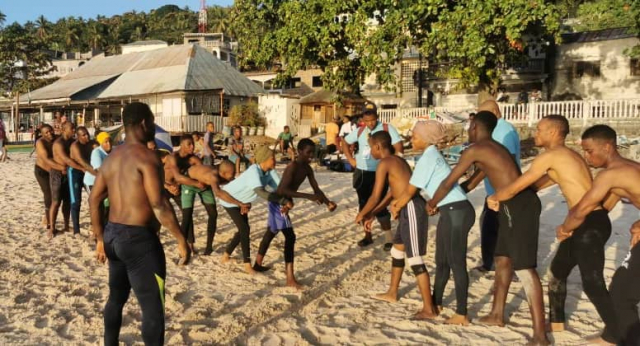 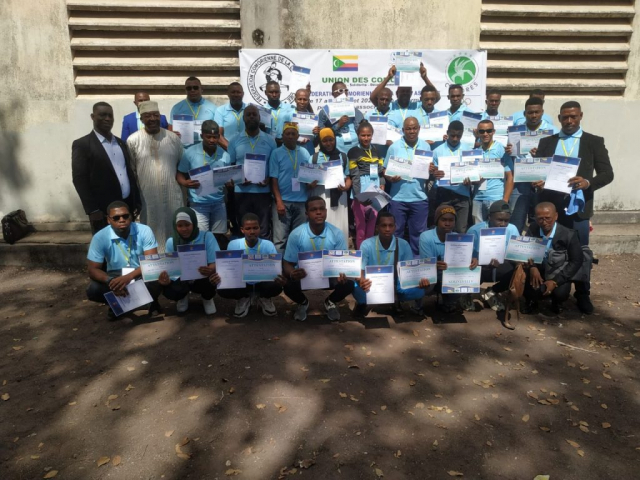 This course was delivered by Vincent AKA, United World Wrestling development officer. During this week, they were theorical and practical of wrestling.  With the intention of raising the technical level in wrestling, the emphasis was placed every morning and afternoon the acquisition of basic techniques in Olympic wrestling on the mat.

This was an opportunity to discuss the ratings of wrestling techniques. This allowed the referees to make a clarification on the knowledge of the points of the regulations relating to the situation of standing wrestling and wrestling on the ground.

To use all the key point to grow wrestling, it appears with the beautiful beaches in Comoros that to achieve the development of wrestling the interest of all clubs and wrestlers to use beach wrestling to contribute to a more exciting activity and promote wrestling by using the Beach.

Also, to start the process, during the course, while using Olympic style, the development officer proposes to use Beach Wrestling, that will be an opportunity to progress on grow wrestling in the whole Comoros.  from then on, the whole day of Wednesday was devoted to beach wrestling. This day was amazing as people on the beach join the participants and enjoy the activities.

That make the President of the National federation Mr. Abdallah and Mr. PAPA, Technical director of the NOC said that: “We have funded the key to promote and grow wrestling in Comoros”. We are going to use it Sundays when everybody come to the Beach.

United World wrestling continues its momentum to develop wrestling in the Indian ocean. In view of the situation of the young Comorian federation of associated wrestling, the development department under the leadership of Mrs. Deqa Niamkey has judged to send to the Comoros, Vincent AKA, Development Officer to provide real support to this young federation. By using the Olympic Solidarity course, United world wrestling create all the possibilities to use all stones on which to base the future development of wrestling in the Comoros.

United World Wrestling is determined through the new strategy led by President Nenad Lalovic to support the smaller federations to improve the development of wrestling in all regions of the world. Through its actions in the field, the development department remains the armed wing of the implementation of this vision.

United World Wrestling remains committed to spread and grow wrestling in the world.